Ground-breaking research by NIWA and The University of Auckland, investigating the annual movements of New Zealand seabirds migrating within the Pacific Ocean, has revealed that populations are genetically distinct, and have been for centuries as a result of their differing migration behavior.

The research, published by the journal Nature Communications, studied the migratory behaviour and genetics of two populations of Cook’s petrel, a small 200g seabird that breeds only in New Zealand. It surprisingly revealed that the populations are not interbreeding despite the fact they could easily visit each others’ colonies during breeding.

Migratory seabirds are some of the most mobile in the world - they can travel over 1000 km in a day. “You’d think that interbreeding between populations would be very common where birds can easily visit other breeding locations for their species. What we found is that migrating to different locations contributes to genetic differences between seabird populations as it impacts populations breeding timetables,” says NIWA Dr Matt Rayner.

Until recently it has been impossible to track many small seabirds at sea over long periods. This research conducted between 2008 and 2010 used new geolocators which are lightweight tracking devices that are attached to the birds legs and weigh only 2 grams. The data are retrieved from the geolocator when the bird returns to New Zealand. “It works just like a sextant used on Captain Cook’s voyage through the Pacific, you get latitude from day length and longitude via the timing of sunrise or sunset.”

“We found that seabirds from one Cook’s petrel population breeding on Little Barrier Island migrated across the equator to the North Pacific Ocean, whereas birds from Codfish Island stayed within the South Pacific, and migrated to the waters off South America,” says Dr Rayner.

The scientists looked at DNA from tissue samples of old Cook’s petrel skins, collected within the North Pacific and South Pacific destinations of the tracked birds, but over 100 years ago. The skins were housed in museums in the USA.

They found that the DNA from these skins matched perfectly the DNA of the modern populations, confirming the populations have been migrating and adapting to those different locations for a long time. “Many New Zealand seabirds survive by experiencing an endless summer, living and breeding in productive waters North and South of the equator” says Dr Rayner.

Next the scientists plan to investigate the implications of specific seabird populations migrating to destinations that might be impacted by climate change, or recent disasters like, Fukushima. Many New Zealand seabirds forage off the eastern coast of Japan during the New Zealand winter.

This work was funded by Ministry of Science and Innovation (MSI) and the ASB Bank Community Trust. 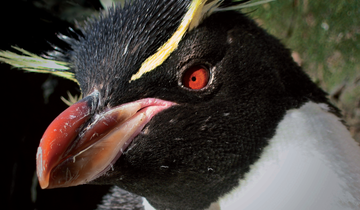 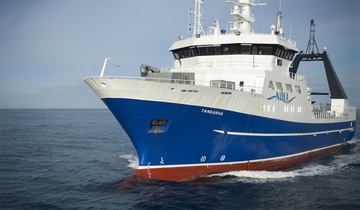 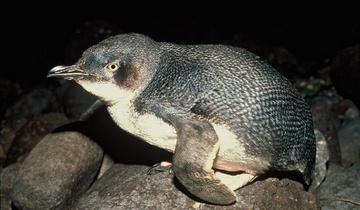