Blue holes instead of green patches

Large areas of the ocean, such as the north Tasman and Mediterranean Seas, are low in nutrients with only limited growth of phytoplankton, the microscopic plant cells at the base of the food chain.

At first glance, 'fertilising' the ocean could be attractive. Large areas of the ocean, such as the north Tasman and Mediterranean Seas, are low in nutrients with only limited growth of phytoplankton, the microscopic plant cells at the base of the food chain. Adding iron or nutrients like nitrate and phosphate is seen as a possible way to boost fish stocks by providing more food and to increase the amount of carbon the ocean takes out of the atmosphere (locking it away so it does not contribute to global warming). However we still need to understand how the ocean responds to changes in nutrient input.

The surprising results of the first large-scale phosphate addition experiment in the Mediterranean Sea appear in the prestigious journal, Science, this week. The international team of scientists included Dr Cliff Law of the National Institute of Water & Atmospheric Research (NIWA). Dr Law is also studying the low nutrient water to the north of New Zealand.

'Instead of a green patch from a bloom of phytoplankton, a blue hole appeared,' says Dr Law. 'When we added 18 tonnes of phosphate solution to waters south of Cyprus, it seems that bacteria consumed the phosphate before the phytoplankton could. The bacteria were then rapidly eaten by planktonic animals which also stripped the water of the phytoplankton. So the phosphate addition affected the food chain, but not in the way we expected.'

The European-funded CYCLOPS study was led by the University of Leeds, UK. Dr Law’s role was to coordinate the experiment, using tracer technology. This allows scientists to 'label' a patch of fertilised water with a dissolved gas, sulphur hexafluoride, and follow it regardless of how far or fast it travels. Dr. Law will lead a voyage aboard NIWA’s deepwater research vessel, Tangaroa, to the Tasman Sea in March 2006. 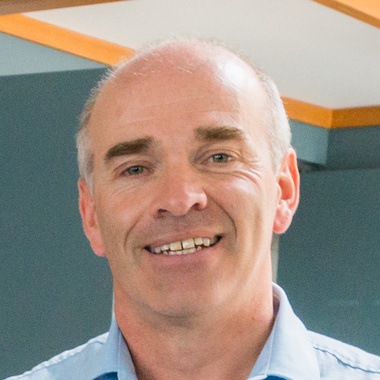 Blue holes instead of green patches