Some of the world’s most ancient and fascinating animals have been re-discovered in southern New Zealand. Prospects for their survival look good – provided groundwaters and wetlands are protected.

Over the past two years, Department of Conservation workers and scientists from the National Institute of Water & Atmospheric Research have been painstakingly searching for phreatoicids (pron. free-at-o-ik-ids).

This intensive search of over 230 locations yielded phreatoicids at 66 places. The scientists believe they have now found all the known species, and have even discovered some new ones.

If they were the size of tuatara, kiwi, or wetas, these cryptic, aquatic animals would be equally iconic because they are so bizarre. Phreatoicids are blind, unpigmented isopods (relatives of slaters and fish lice, and a sister group to crabs, shrimps, land hoppers and, more distantly, insects). They play a vital role in cleaning up freshwater.

True relicts (or “ghosts of Gondwana”, to borrow George Gibbs’s words), phreatoicids have persisted unchanged for some 350 million years. But being just 20 millimetres long and dwelling in extremely mucky places, they have lingered mostly forgotten and unnoticed. In fact, they are so poorly known that they have no common name!

Phreatoicids are confined to four of ancient Gondwana’s five main remnants (South Africa, India, Australia, New Zealand; not South America). First discovered near Christchurch in 1882 by Charles Chilton, a leading crustacean scientist at Canterbury College (now University of Canterbury), scientists at the time were puzzled by phreatoicids’ body structure that is intermediate between other types of crustaceans. By 1944, nine species in three genera were discovered from New Zealand, but have been largely unknown since, prompting scientists to wonder whether some species had become endangered or even extinct.

The Terrestrial and Freshwater Biodiversity Information System Programme, administered by the Department of Conservation, aims to raise awareness, provide identification tools and make data accessible to improve the New Zealanders’ understanding of the need for protection of biodiversity and significant habitats. It contracted NIWA to investigate the conservation status of New Zealand’s endemic phreatoicids, so that any threatened species and habitat can be protected. NIWA’s investigations focused on six species which have not been reported for over 60 years. These species live in surface waters in the southern South Island and appear to be important in breaking down dead plant matter to recycle their nutrients. Full details of the locations and habitats where phreatoicids were found will be in NIWA’s publically-available Freshwater Biodata Information System once the study is completed.

The research results appear to be remarkably good news. Phreatoicids were surprisingly abundant when present; on Ruapuke Island in Foveaux Strait, for example, densities were estimated at over 200 per square metre. On Stewart Island, phreatoicids were common close to Oban township, as well as the remote Toitoi Flats wetland and other locations. Dense populations were found in several modified habitats, notably in drainage channels downstream of Bayswater Peatland Scenic Reserve near Otautau in Southland, amongst submerged, dead leaves of introduced grasses around road culverts on several roads in Southland, and on Macrocarpa tree roots in one drainage ditch.

Survivors through aeons, phreatoicids live in a variety of habitats. Some live in soupy, muddy ponds with almost no dissolved oxygen, others in quite acid conditions (pH 4.5). Most seem to prefer various types of leaf litter. They avoid swift currents, but some do inhabit slow flowing rivers, while others find refuge in crevices or under rocks in various lowland or foothills streams. When their habitat dries too much, phreatoicids can walk short distances in search of another wet area; others burrow as water levels retreat, or simply curl up in damp moss or leaf litter to survive brief dry periods.

But the full story is yet to be unravelled. At least four new species were discovered. The unique characteristics of each species are being studied carefully, so that each species can be reliably re-identified and distinguished from others. This vital step is essential for determining each species’ geographic range, abundance and true conservation status. With a history of little morphological change over 350 million years, this task is challenging because differences between our native species that have evolved much more recently are very subtle indeed.

“Their high abundances, habitats preferences, and wide tolerances indicate that these ghosts of New Zealand’s ancient continental origins can survive in the face of considerable human changes to the landscape, so long as wetlands, in their various forms, are kept intact,” Dr Fenwick says. 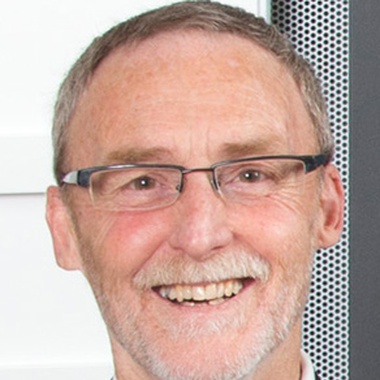