Monitoring the impact of urban development on estuary ecosystems.

Estuaries are highly valuable systems that provide enormous economic and cultural benefits to all kinds of people. However, expanding human populations and urban development around estuaries is increasing contaminant loads, with metals and polycyclic aromatic hydrocarbons (PAHs) accumulating in sediments.

Although New Zealand’s urban estuaries are relatively clean by international standards, projected population increases and land use development patterns suggest that development needs to be managed wisely to ensure that estuaries continue to provide goods and services for future generations.

The work in this project is aimed at understanding how sediment-dwelling macroinvertebrate communities, species populations, individual organisms, and their tissues respond to contamination from urban sources.

We are developing indices at various levels of biological organisation to more accurately rate the condition and responsiveness of estuarine biota to sub-lethal contaminant exposures. We have sampled and performed ecological experiments at numerous sandflat sites in Waitemata and Manukau Harbours that are influenced to varying degrees by Auckland City urban development. The integration of sophisticated contaminant assays and field-based ecological experiments is a major focus of the programme. Cockles are a key species in ecodiagnostics (Mike Martin) 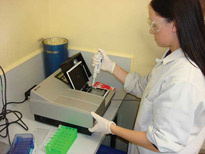 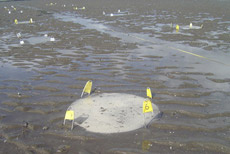