Land yachting on the broad sand flats of the Firth of Thames was popular in the 1940s and 1950s. But since the 1960s, those flats have gradually been buried by mud. A mangrove forest has spread across the newly-formed mudflats and today occupies 1100 hectares in the southern Firth.

The unappealing mudflats and mangroves are the price paid for deforestation and intensive land use. The mud originates as soil, and erosion that washes huge quantities of soil into the country's waterways is also reducing the productivity of agricultural land.

The NIWA-led Managing Mud project is seeking ways to understand and reduce the conversion of sand flats to mudflats.

Managing Mud is using a "catchment to estuary" approach to study the fine sediment in rivers and estuaries, identify the sediment sources, and predict its fate and effects in estuaries.

With much more fine sediment being eroded since deforestation, many estuaries have changed from sandy to muddy.

Fine sediments are among the most widespread contaminants of New Zealand rivers and estuaries, and sediment particles carry other contaminants, such as microbes, heavy metals and nutrients. These sediments reduce light levels in coastal waters and smother sea grass and animals in and on the seabed.

The modern estuaries of New Zealand formed about 7000 years ago in response to sea-levels rise after the last Ice Age. Before people arrived in New Zealand, sedimentation rates in estuaries were around 0.1-0.4mm per year.

In the large majority of estuaries where research had been carried out, sedimentation rates are now 2-5mm per year. Sedimentation now exceeds the rate of sea level rise at these estuaries, so they are getting shallower.

Writing by early settlers gives some idea of what many estuaries may have looked like. "A lot of these historical accounts talk about picnics on sandy beaches. These days the beaches are buried under a couple of metres of mud," Swales said.

"We're losing the productivity of our soils, and we're causing this major environmental problem in our rivers and estuaries. It's a double whammy."

In the Firth of Thames research, Swales and his colleagues have reconstructed how the change to mudflats and a widespread mangrove forest has happened and the processes controlling it. Mangroves have colonised some 11 km2 of intertidal flat in the southern Firth of Thames over the last 50 years. [Credit: Ron Ovenden]

In the estuaries of northern New Zealand, mangrove forests have been expanding at an average rate of 4 per cent per year since the 1940s. "The timescale of these changes in some cases is longer than human timescales, so we don't always have a good perception of the environmental change," Swales said.

Many estuaries are so full of mud now that there is no space for more mud to accumulate, and fine sediments are being exported to coastal waters, where they are having a range of adverse environmental effects.

Many regional councils have policies designed to reduce or mitigate the effects of soil erosion and fine sediments, Swales said.

Swales believes that land-use is the key to changes in estuaries. "We have to ask is our mix of land use is lining up well with the land's capacity to retain soil and nutrients. Maybe in some places we shouldn't be using our land in certain ways."

Swales doesn't see much chance estuaries will return to anything like the condition they were in before the mud took over.

"Going back to the pristine conditions that existed before deforestation, it's probably not going to happen in most places. But we could still achieve some measurable improvements in soil erosion if we can turn the tap off to some degree," Swales said.

"There's definitely potential environmental gains to be had by controlling or reducing the amount of soil erosion." 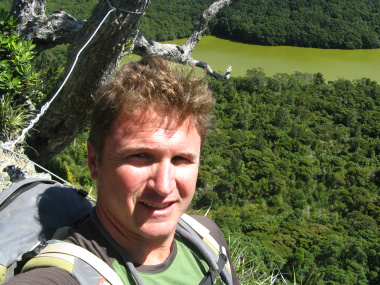