Freshwater invertebrates vary in their sensitivity to different environmental stressors. This means that the community of invertebrates living in a waterway can be used to give an indication of the ‘health’ of the system (i.e., “canaries in the cage”).

A life-span of several months or longer means that freshwater invertebrates can provide a time-integrated measure of ecosystem health, as opposed to a one-off measurement of contaminant concentrations. Councils and other agencies routinely use indices based on the number and type of different invertebrates as part of State of the Environment (SOE) or other monitoring of freshwater bodies. These indices include the Macroinvertebrate Community Index (MCI), which uses the sensitivities to organic pollution of different types of freshwater invertebrates present to generate an overall score for a site. This score is designed to reflect the water quality at a site and can be compared between sites, or at the same site over time, to look for differences in water quality or ecosystem ‘health’.

The flow regimes of many New Zealand rivers are being increasingly impacted by factors such as water abstraction and climatic changes to rainfall and runoff. In order to set environmental flows that sustain certain ecological values we require measureable ecological responses that are affected by changes to the river flow regime. New Zealand does not currently have a freshwater invertebrate based index that is designed to be sensitive to changing river flows.

Building on the successful use of flow regime sensitive aquatic invertebrate indices in other countries, particularly the UK based Lotic Index for Flow Evaluation (LIFE), we developed two variants of a similar index for use in New Zealand (LIFENZ and a weighted variant: LIFENZ W). As in the original LIFE, the New Zealand indices were based on water velocity preference categories assigned to aquatic invertebrate taxa using professional judgement. To calculate the indices a lookup table is used to assign a score to each taxon based on their velocity category and abundance. For the LIFENZ W variant an additional step down weighted the scores if the taxon has a general, compared to a more specific, velocity preference.

Across a total of 74 sites, both LIFENZ indices were correlated with depth-averaged water velocity. Changes in index values, both between sites and temporally within sites, were predominantly associated with changes in hydrological parameters, such as the magnitude and length of time since a recent high flow. Commonly used indices in New Zealand designed to respond to organic/nutrient enrichment (MCI and variants) were not correlated with local water velocity, but were correlated with antecedent flow conditions and were likely influenced by effects of flow stability on algal growth. Further testing of LIFENZ and LIFENZ W in combination with MCI is recommended, particularly in rivers subject to more extreme hydrological and water quality stresses and with regard to other physical parameters such as hydraulic habitat. However, the LIFENZ and its weighted variant (LIFENZ W) appear to be useful tools for understanding and managing the effects of hydrological alteration on aquatic invertebrate communities in New Zealand. As LIFENZ and LIFENZ W were strongly correlated and only showed a relatively small deviation from a slope of 1, we recommend the use of the more straightforward LIFENZ in almost all circumstances. You’re not imagining it – our seas really are warming 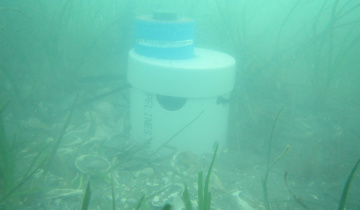