Our last three-monthly predictions, and what actually happened. 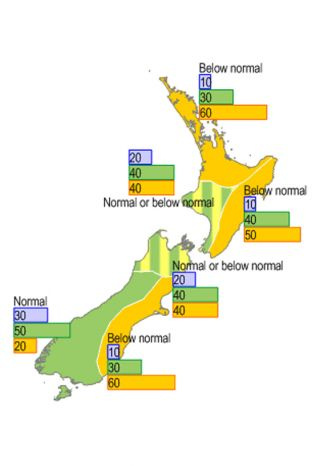 The above ‘What we predicted’ map (left) shows predicted conditions for the season (any contiguous three-month period) as a whole, and should not be interpreted on a month-by-month basis. Included on the maps are estimated probabilities that the forecast seasonal river flows will occur, shown as a percentage chance of occurrence in the range of each tercile (one third) of all historic observations for the season.

The outcome map (right) shows the actual tercile that eventuated for each catchment for which data was received.