River water temperatures were generally close to normal, apart from a cluster of both high and low temperature anomalies in the southern South Island. In general, temperatures showed a slight north/south decline. Higher altitude sites tended to be cooler. Visual water clarity (black disc visibility) was, as usual, more diverse in the North island than the South Island. Also in general rivers tend to be clearer in the South Island. Some higher than normal visibilities in the southern North Island may have been due to low flows in that region.

Note that the data is preliminary, and subject to amendment after quality assurance procedures. We thank NIWA field teams, regional and district councils, and hydro-power companies for providing this information. 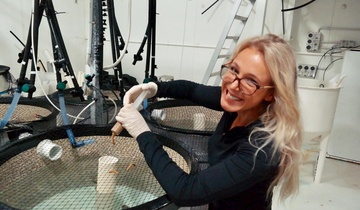