Despite covering two thirds of the planet’s surface, our oceans still hold so many secrets. We’ve all heard that we know more about the surface of Mars than the depths of our own oceans. It turns out this is true.

The oceans are storing ninety percent of the trapped heat captured by our warming planet. And most of this is held near the ocean surface. If the heat in the warming ocean were instead put into the atmosphere, our planet would be tens of degrees warmer than present-day and the world would be an unrecognisable place. We do know the surface of the ocean is warming, but how is the warm water mixing down deeper? A better understanding how heat is transported ocean will better enable us to predict how sea level rise will play out in the coming decades and centuries.

To foretell possible future scenarios, remarkable international efforts have allowed data to be collected, shared and used to inform massive computer simulations. As well as helping improve global models of the oceans in a general sense, this also contributes to our understanding of how nutrients, plastics, marine life and vessels are affected by unique ocean features. Of course, these models can only do what they are told to do, so we are constantly trying to add and verify data to increase their accuracy, especially in areas that act so differently from others – like Cook Strait (Te Moana-o-Raukawa), which generates some of the most turbulent ocean flows on the planet.

NIWA scientists Joe O’Callaghan and Craig Stevens have taken on the ambitious task of using the fast-flowing tides in the area as a natural laboratory to study ocean mixing, and have named it “Project CookieMonster” (Cook strait Internal Energetics MONitoring and SynThEsis Research). Let’s face it, the conditions are also known to be monstrous out there, and to make the project even cooler, they are using torpedo-like turbulence sensing instruments and ocean gliders to capture the dynamics of this unique system.  The work is funded by the Marsden Fund with collaboration from the Universities of Auckland and Otago.

The science of measuring ocean mixing evolved from Cold War submarine hunting. Canadian scientists developed what amounted to a combination of a recording needle and a towed torpedo to see if they could identify the tell-tale signature of an enemy submarine. They never really managed to spot any submarines but what they did do was open up a portal into the ocean’s weather. The tool could spot underwater storms and squalls.

A remarkable aspect of this science is that superficially the technology has largely remained unchanged for decades. The thermistors and shear probes that sample turbulent fluctuations down to the 1-5 mm scale would be recognisable to the early developers of the field.  What has changed dramatically is the variety of platforms from which they can be mounted, the quality of the signal, and the sophistication of analyses – this is one type of technology that the NIWA scientists are using in Cook Strait.

Craig Stevens and team were onboard NIWA’s research vessel Kaharoa for 10 days in June measuring the turbulence with ocean microstructure instruments deployed from the research vessel. Meanwhile, Dr Joe O’Callaghan was onshore remotely piloting one of NIWA’s underwater gliders as it collected data in the same area. The ocean glider Manaia is one of Joe O’Callaghan “babies” that she uses to study what satellites can’t see under the ocean’s surface. It slowly yo-yo’s its way through the ocean, sampling the Strait’s turbulence as well as sneaking down into one of the nearby canyons.

The team are looking to discover how efficient turbulent mixing is in these extreme conditions and so enable us to increase the accuracy of computer models of how the ocean transports heat and nutrients. It is not just about solving climate problems though, there are very immediate uses for vessel navigation, renewable electricity generation and infrastructure resilience – a significant proportion of New Zealand’s hydroelectricity crosses the Strait in vulnerable cables. One of the challenges is simply getting enough data to make these advances in understanding, and that’s what Project CookieMonster is all about. 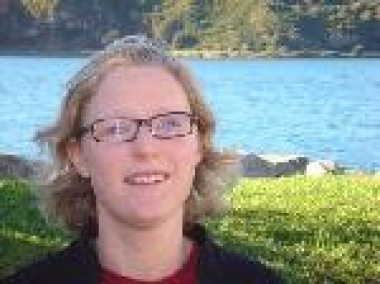 Craig Stevens is a physical oceanographer with a focus on environmental fluid mechanics in extreme environments. [Photo: Rebekah Parsons-King]