The combination of easing La Nina conditions, along with the absence of other large-scale climate drivers resulted in no clear air flow anomaly forecast for December-February. Typical summer conditions were expected with anticyclones crossing the North Island and prevailing westerly winds over the South Island. Actual pressures were lower than normal over New Zealand and particularly low to the southwest of the country. This pressure setup led to more westerly and south-westerly winds than normal during the summer season. 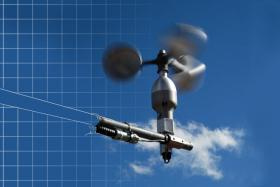