January 2013 was a month of two halves – and two Islands. During the first half of the month, more northwesterly winds than usual affected the South Island, bringing unsettled weather and several heavy rainfall events to the South Island. But high pressures prevailed over the North Island during this time – meaning any fronts actually making it across the North Island "fizzled" – producing very little rainfall. The second half of January was characterised by an intense 'blocking high' which became slow moving over, and to the east of, the country. This produced extremely sunny and dry conditions for New Zealand over the second half of the month. The net result overall was an extremely dry January for the North Island, but a relatively wet month for the South Island.

January rainfall totalled less than 10 percent of normal across much of Northland, Auckland, Coromandel, and parts of the Waikato and Bay of Plenty. It was the driest month on record for Warkworth, Whitianga and Te Puke, and the driest January observed in Masterton. For the main population centres of Auckland, Hamilton and Tauranga, monthly rainfall totalled less than 10 mm, and ranked near-record low. Rainfall totals were less than half of January normal across much of the rest of the North Island, excluding Wanganui to the Kapiti Coast (where rainfall was below normal) and Wellington (with totals about 120 percent of normal). In stark contrast, it was a very wet January across most of the South Island. Rainfall exceeded 150 percent of January normal from Queenstown to Gore, as well as Central Otago, Nelson and Marlborough. More than double the usual January rainfall was seen around Mt. Cook, the Kaikoura Coast, and in parts of north Canterbury. Closer to normal rainfall was observed in coastal Westland and Fiordland, as well as Dunedin, Christchurch and coastal south Canterbury.

The combination of northwest winds, and high pressures, resulted in record or near-record high January sunshine totals across the eastern South Island. It was the sunniest January on record for Christchurch, Cheviot, Ashburton, Lake Tekapo, as well as Waipawa (Hawkes Bay). It was also the sunniest month on record for all of these sites, except Christchurch, which logged its second-sunniest month after December 1988. Sunshine totals were generally above normal (between 110 and 125 percent of January normal) for the remainder of New Zealand, with the exception of Northland, Auckland, Wellington and Blenheim (with near normal sunshine observed). Percentage of normal rainfall for January 2013 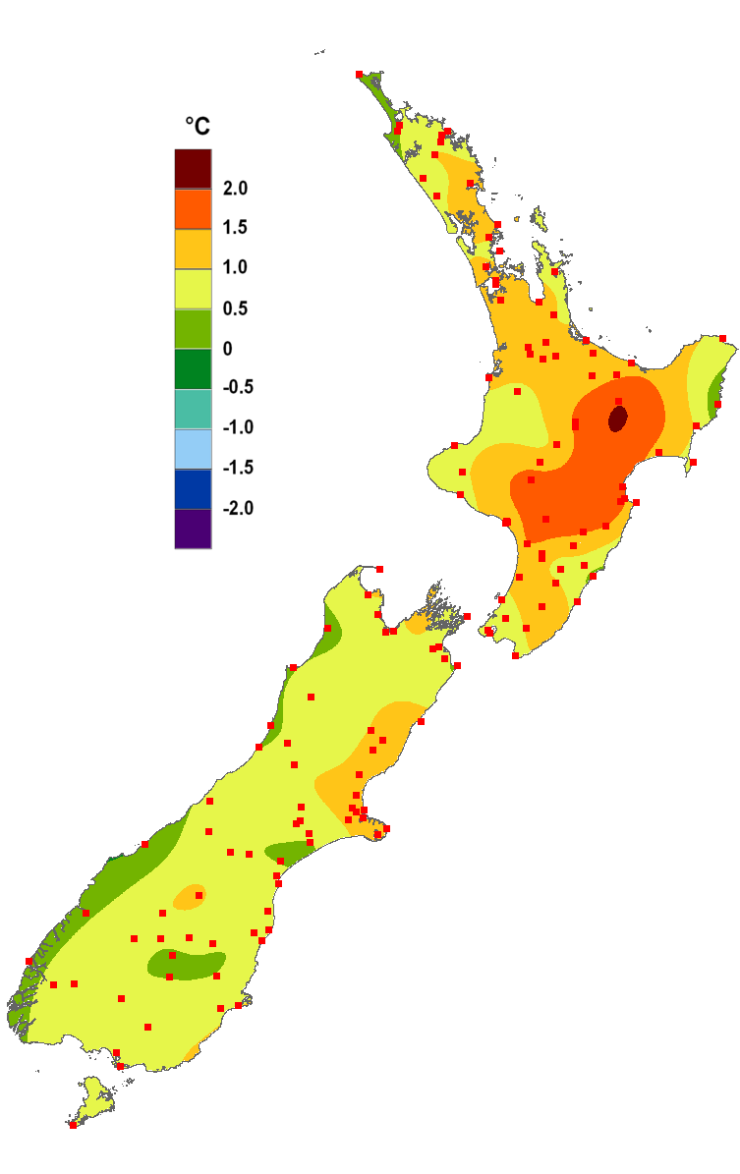