August was windy at times with frequent disturbed southwesterlies, especially to the east, resulting in low rainfall in sheltered northern and eastern South Island regions, and normal or above normal rainfall in several other regions.

June to August: the climate we predicted and what happened 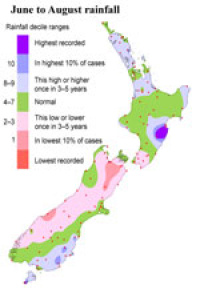 Predicted: Above average in all regions, except for average or above average in the east of the South Island. Cold outbreaks typical of winter from time to time.

Outcome: Above average over most of the North Island, average in central New Zealand, and below average in the south. 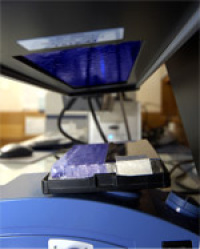 Predicted: Stream flows were expected to be below normal in the east of the South Island and in the normal range elsewhere.

Outcome: Stream flows were below normal in East Cape, Marlborough, and the South Island east coast, and mainly normal elsewhere.