June brought lower than normal rainfall in Bay of Plenty, and parts of central New Zealand. More southwesterlies than usual in June meant cold conditions predominated over the South Island. The average temperature for New Zealand (7.9 °C) dropped by 4 °C compared to May. See www.niwascience.co.nz/ncc/cs/mclimsum_07_06

April to June: the climate we predicted and what happened 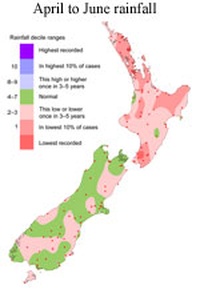 Predicted: Normal in most districts, but near or below normal in the eastern South Island. 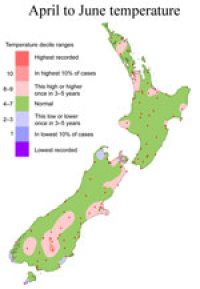 Outcome: Near average in most districts. Above average and warmer than expected in some places. 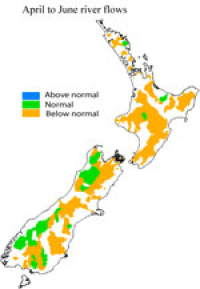 Predicted: Normal in all regions except the east of the South Island, where below normal streamflows were expected.