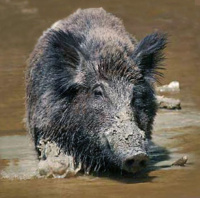 The August 2006 issue of this publication informed readers of the addition of forecast symbols to the accumulated rainfall plots appearing on the ClimateExplorer web page. The examples from ClimateExplorer below, show these forecasts, displayed by the green ‘box and whisker’ symbols, for the three month periods ending on 30 September, 31 October, 30 November and 31 December respectively.

As each new forecast is added, previous forecasts remain to reveal how closely (or otherwise) rainfall accumulations compare with predictions. Outcomes for the end of the first forecast period, July to September, can now be seen on Climate Explorer.

The outlook for Tauranga Airport (upper figure) gave a 50% chance of total rain from 1 July to 30 September being between approximately 250 and 350 mm (reading from the right-hand vertical scale), with about a 75% chance of being normal or below.

As it turned out, July was drier than normal, August wetter, and September drier, but the overall total was in line with the outlook.

Other outlooks were not so successful, for example at Masterton (lower figure). The actual rainfall accumulation, shown by the red curve, passes above the symbol for the July to September rainfall. The chance of this occurring, given the rainfall history at Masterton, and the seasonal expectation, was estimated in early July to be less than 5%. The figure provides a useful illustration that seasonal climate forecasts cannot pick individual rainfall events, although these often have a major influence on the seasonal outcome. Only after a number of seasonal outlooks have been verified can we assess how skilful the forecast accumulation probabilities are.

Note that the next forecast symbol in the series, shown on 1 November, is for the expected total rainfall from 1 August to 30 October, added to the total already accumulated by 31 July. And so on.

Results at other sites can be viewed on ClimateExplorer.

For more information, and to obtain an annual subscription for all updated products, please contact explorerhelp@niwa.co.nz.