The tropical Pacific Ocean is likely to remain in a neutral state (no El Niño or La Niña) until autumn 2006. The pool of cold water off the South American coast has increased during November, while surface water near the date line remained warm.

The Southern Oscillation Index was weakly negative in November (-0.4), with the 3-month September to November average at +0.3. The equatorial trade winds are near normal strength.

Normal tropical cyclone activity is expected in the Pacific until April 2006. For New Zealand, this means a 70% chance of a cyclone passing somewhere near the country, with Northland and Gisborne being most at risk. The risk is greatest after the end of January.

The New Zealand average difference from the historical normal SST was about +0.8 °C for November and +0.6 °C for the September to November average. Surface warters were warmer than normal over much of the Tasman Sea, around the New Zealand coast, and to the northeast of the country. 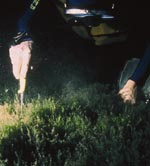 Atmospheric circulation patterns over New Zealand during summer (December-February) are likely to be characterised by weaker than normal westerly winds. Air temperatures are expected to be above average or average in all regions of New Zealand.