Ever since Māori first arrived in New Zealand, the ability to understand and adapt to local climate has been vital to their survival. Through interacting with local environments over the centuries Māori have developed an extensive knowledge of climate, and the lessons learnt have been incorporated into traditional and modern practices of agriculture, fishing, medicine, education, and conservation. To Māori, the climate was governed by the months and seasons – marked by the local sequence of natural events, including the movements of stars, the blooming of certain trees and flowers, the arrival and departure of migratory birds, and the age of the moon. Learning to monitor and predict changes in climate, such as shifts in temperature, the direction of the winds, and even changes in the style of rainfall, ultimately helped Māori to determine the timing for different classes of work and has been a major factor in their successfully responding to past climate variability and change.

NIWA’s Māori Research Unit, Te Kūwaha, in collaboration with iwi from across New Zealand, has initiated a project to explore traditional Māori knowledge of weather and climate variability and change. Thus far, the project has documented what Māori in participating localities know about climate variability and change. Of particular interest is the linking of events in the natural world to the forecasting of climate. Learning about this traditional knowledge provides an opportunity to understand what has helped Māori to be strong and able to adjust to variability in the past. It also provides clues on how to build resilience and formulate adaptation strategies for the future. This pilot project presupposes that by combining traditional Māori knowledge with western meteorology and climatology there is potential to improve Māori and western understanding of local weather and climate.

The table shows a selection of environmental indicators used by Māori across New Zealand to forecast various aspects of climate. While the indicators have their greatest utility in their respective localities, many of them are shared by different iwi in other locations. Often more than one indicator is used to forecast for the month or season ahead. This consensus-based approach to climate forecasting is similar to western science forecasting methods, which also rely on a consensus among different computer models to forecast changes in climate. While western forecasting methods have demonstrated significant skill and continue to improve, there exist substantial opportunities to increase the certainty of these tools by integrating traditional Māori knowledge of local climate. By building a collective database of traditional Māori knowledge related to weather and climate, a process of building greater resilience to future climate variability can be initiated.

Examples of environmental indicators used by Māori to forecast changes in climate. 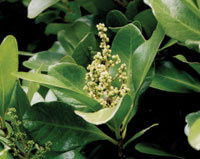 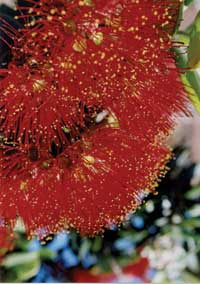