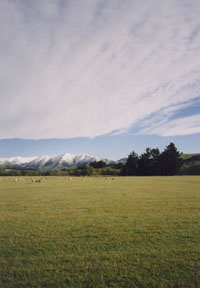 July’s climate: Extremely wet in Bay of Plenty with severe floods, but dry in the south. High river flows in the central and eastern North Island and below normal elsewhere. Low temperatures; many frosts in Canterbury and Otago.

Three-month outlook: Above average temperatures likely in the north, with near normal rainfall in most areas except Nelson.