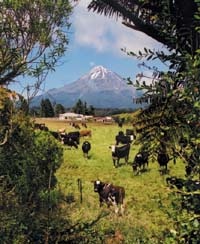 December’s climate: December was exceptionally dry along the east coast of the South Island. Air temperatures were above average over much of the country.

December’s river flows: Streamflows extremely low in the north, east, and south of the South Island

Three month outlook: Normal or below normal rainfall is expected in most regions, with average or above temperatures.

Backgrounder: What does “normal” mean in Climatology?