The tropical Pacific is moving towards a moderate La Niña, which is likely to last through the winter. Conditions are changing rapidly at present, and there is not yet a clear consensus for spring and summer.

Around New Zealand the margin between average and current sea surface temperatures has slowly increased in the past six months, reaching +0.4 °C in May.

The mean Southern Oscillation Index (SOI) for May was -0.8, with the three month average now at -0.8. Further general information on El Niño is available on the World Meteorological Organization website. 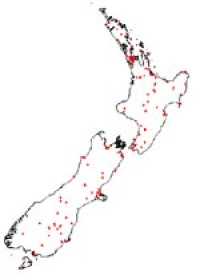 Global radiation differs from the typical measure of sunshine hours, which detects only direct light from the sun, uninterrupted by clouds or other interference. Global radiation can sometimes be high on days with light cloud layers, when direct sunshine might not be detectable.

Solar radiation is critical to any agricultural economy, because it is the main driver of evapotranspiration, and provides the energy that plants use to produce cells and grow.

While warm, sunny conditions can encourage faster plant development, overcast skies can lead to problems such as high humidity that might encourage disease infection, or low bee activity during spring pollination.

The figure below shows the difference in summer global radiation between the 2001-02 and the 2002-03 seasons at Lincoln. The earlier season was characterised by cloudy conditions along the Canterbury coast, associated with a La Niña event, and caused problems with crop ripening. The latter season, associated with a moderate El Niño, had higher radiation levels.

The difference between the two seasons hightlights the possibility of typical, and therefore perhaps predictable, differences in solar radiation that can be associated with large scale variations in atmospheric circulation.

With the possibility of La Niña affecting the coming growing season, it could be worthwhile for agricultural managers to investigate this further. 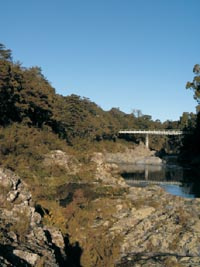